The Land of the Midnight Sun

Drawing in travellers from far and wide, the Midnight Sun is one of the world's most spectacular natural phenomena. Welcoming sight seekers to a world of the most enchanting sunsets and pink sunrises that are entwined by a golden backdrop of intense vibrant colours.

It's a good job that the Nordic locals are well known and equally adapted to their contrasting seasonal changes throughout the year. As an opposite to their frosty, arctic winters, the Nordics are granted a pleasantly intense summer.

The Nordic locals surrender to the golden glow, the smell of sunshine, the swift sunsets, the cheeky pink sunrises, the sounds of laughter and an abundance of midnight activity, all during their glowing midnight summer.

Imagine witnessing the naturally carved wilderness bathed in the warming Midnight Sun which has happily cast a beautiful caramel glow upon the diverse landscapes. Sounds like a daydream doesn't it?

What Causes the Midnight Sun 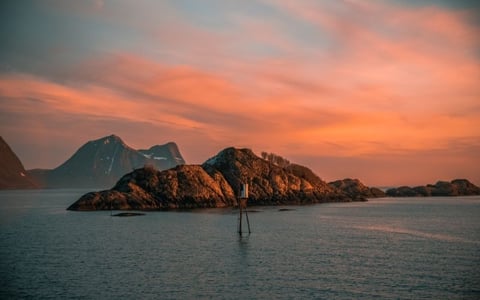 Midnight Sun in the Nordics

Did you know that the Midnight Sun golden hour is the period during which daylight is redder and softer than when the Sun is higher in the sky?

The Midnight Sun is exactly what it says on the box, the sun appearing at midnight. With a little physics and earthly rotation, we are blessed with incredible natural phenomenon.

The Earth, while rotating in a full circle, is tilted at a constant axis of 23.4 degrees. As every 24 hours pass by, the Earth is simultaneously orbiting the sun, completing a full cycle every 1 year. While the Earth moves around the sun and as a joint result of the tilted axis, different parts of the Earth will be closer to the sun than others throughout the year.

Enjoying the Midnight Sun whilst travelling

For example: when the Northern Hemisphere is orientated towards the sun, the Southern Hemisphere is not, presenting summer in the north and winter in the south. The same rule applies during opposite positions, magically creating our earthly seasons. This shows why for weeks or even months, the sun does not set above the Arctic Circle and thus, later welcomes the darker nights that take over the sky.

For that reason, we are lucky enough to experience the magnificent Midnight Sun and the mythical Northern Lights during the contrasting seasons in the Nordics.

Where and When Can I See the Golden Summer 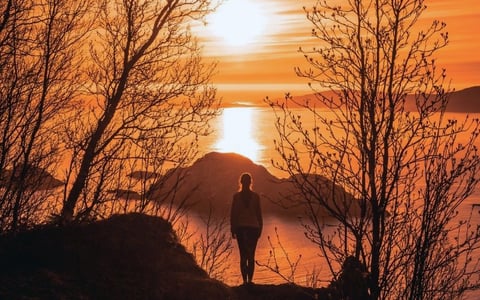 The bright orange and yellow colours of the Golden Summer

At the Arctic Pole, the Midnight Sun can be seen continuously for six months at a time. Fascinating right?

Northern parts of the Nordic regions are at a locational advantage to witness the golden, bright light for a longer period. Northern Norway is known as the 'Land of the Midnight Sun’ as Cape Nordkinn, the northernmost region of Europe, experiences the phenomena from around May 14th to July 29th.

According to ancient Norse mythology, the sun goddess Sol travels by chariot through the sky, all whilst being chased by the wolf Sköll. It was also known that Sköll's brother Hati would chase Sol’s brother Mani, the moon, at night time. These actions told of how daytime and nighttime were created and folklore tells that eclipses were believed to be a sign that Sköll was dangerously close to catching Sol.

The Polar Day also covers most places south of the Antarctic Circle and north of the Arctic Circle making Norway, Sweden, Finland, Iceland and Greenland the best places in the Nordic region to witness the flare.

For those avid travellers who venture north of the Arctic Circle, the sun will not set between May through August. While those that venture further south, the sun can be visible for close to an entire day during June and July.

We have put together proximity to when the phenomena may occur in the northern regions: 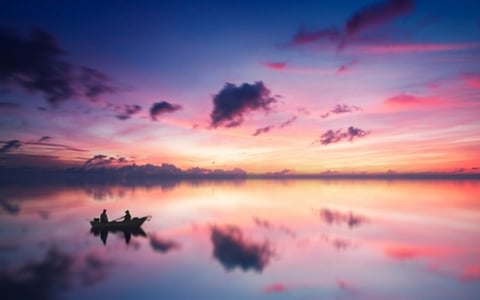 Kayaking down the river on a Polar Day

Imagine: You are racing through the forests on a Buggy adventure, kayaking down the river, or paddleboarding into the night - only to realise that it's as light as the day itself! Interesting isn't it?

A spectacular way to incorporate your adventure under the Nordics’ beautiful sunrises is to sail on the open waters in search of the giant humpback whales and gentle harbour porpoises that encircle the Nordic shores. Or, are you the more active type? Chase the golden hour on an ATV through the bustling forests alongside the famous arctic foxes as they roam for their next feed and playfully fight over lost lunches. Read our Best reasons to travel to Lapland this summer for more inspiration.

If you are lucky enough to be travelling at just the right time, experiencing a summer Solstice can be just as rewarding as it is wonderful. The Summer Solstice is the longest day of the year, offering the most daylight hours and the shortest nighttime hours. During the Summer Solstice on June 21st, the Midnight Sun is visible a little south of the Arctic Circle and up to the North Pole.

Throughout those spectacular months of fiery light, endless Nordic Adventures are waiting to add a little spice to your Midnight Sun summer vacations.

What are the Differences Between Polar Night and Polar Day 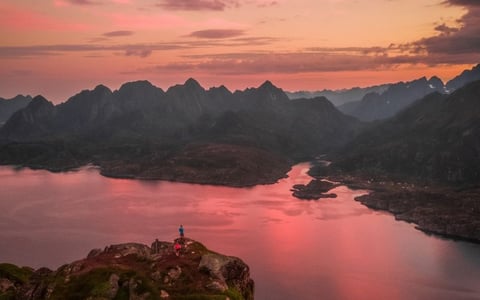 There is a significant similarity and difference between the polar night and the polar day. That is, they are both extraordinary, however, completely opposite phenomena.

The polar night occurs in the northernmost and southernmost regions of the Earth, specifically inside the polar circles. It is labelled the polar night since the sun does not rise nor does it set during this time. Therefore, nighttime lasts for 24 continuous hours.

However, the opposite phenomenon, the polar day, otherwise known as the Midnight Sun, occurs when the sun stays above the horizon for more than 24 hours on the same day. Occurring also inside the polar circles, the sun does not set and grants locals and wildlife continuous daylight for a whole day.

When the sun is relatively close to the horizon and it's on a sunny day, the sun's light appears warmer and softer during the sunrise or sunset. This is known as the golden hour. The time of both the sunset and sunrise and the duration of the golden hour depends on both the latitude and the season.

Within the polar circles, the sun does not sink lower than 6 degrees below the horizon during the summer sunsets. Therefore, the golden hour can last all night. Close to the poles, it can even last for several weeks around the equinoxes, when the polar night gives way to the Midnight Sun and vice versa.

What is it Like to Experience the Beautiful Sunrises? 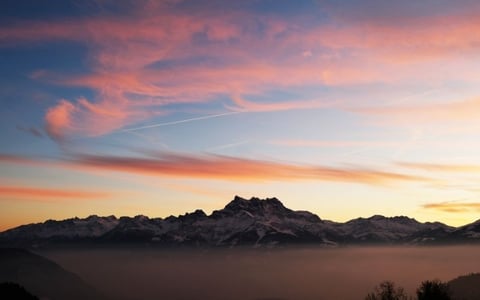 The Midnight Sun brightening up the sky in Iceland

After a long dark winter with snow on the ground for over six months, the land, nature and wildlife finally have an opportunity to replenish their energy levels.

Relaxing under the brief yet reddish sunsets and equally exceptional sunrises of the Nordic skies; travellers are filled with sweet-tasting euphoria whilst witnessing the spectacle that cannot otherwise be seen from other parts of the world.

Why not join them? Bask in the peacefulness while you canoe through the open lakes and rivers of the Finnish Lapland wilderness and watch the sun rising peacefully as an electric backdrop envelops the landscapes.

Some, on the other hand, prefer a different approach. 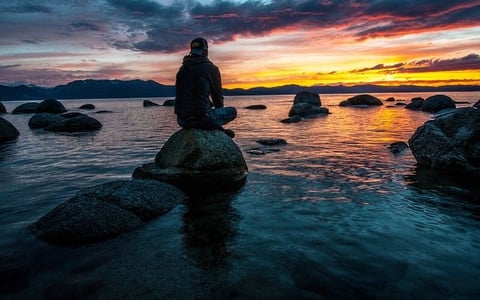 Photographers behold. The greatest experience for capturing the pink sunrise in full bloom, to discover the Lofoten Archipelago. Travel to remote locations where the sun shines golden lights, allowing you to capture the amazing Arctic summer colours during the white night.

Or, simply enjoy the magical sunrise as you relax in the geothermal waters of an Icelandic lagoon, melting the stress away and revitalising the mind whilst the sun surrounds you with a smile.

Our Booknordics.com expert opinion is that it's an experience like no other. So what are you waiting for?

Wherever you may be on your Nordic Nature Adventure, Snow and Ice Adventure, Water and Sea Adventure or Land and Air Adventure; the feeling of joy will leave you overwhelmed and warmed through should you experience the Midnight Sun from one of these unforgettable adventure experiences.

Booknordics.com is the leading expert when it comes to planning, preparing and executing the perfect vacation.

Sign up for our email newsletter to receive all the latest news and updates regarding our hand-picked adventurous itineraries and newly updated tours all awaiting your arrival this summer.

We provide the best hints and tips on how to make your trip a once-in-a-lifetime memory and further, what we can do to assist you in making the most out of your holiday.